If you notice some of your shingles are either lifted or missing, it means that your roof is having blow-off issues. Inclement weather is usually to blame for this issue, and many homeowners are quick to call a roof repair company to fix the damage.

While seeking assistance from roofing pros helps minimize the exposure of the roof deck to the elements, it disregards the more important question: what led to the shingles getting blown off in the first place? The answer to this question will bring to light the underlying problems that your roof might have. Read on as we discuss the common causes of shingle blow-offs and the necessary fixes. We’ll also discuss the need to either repair or replace a blown-off asphalt shingle roof.

The Wind Resistance of Asphalt Shingles

But first, we must establish the fact that modern asphalt shingles are engineered to withstand the elements, including strong winds. Most of them, in fact, have wind resistance ratings, which means they’re expected to perform as intended and remain on your roof when exposed to specific wind speeds. They can hold out winds between 110 and 130 miles per hour, which, according to the National Hurricane Center, are those that occur during moderate to major storms. In other words, these asphalt shingles can only be blown off by winds stemming from tornadoes and hurricanes. Otherwise, the problem could be resulting from either a structural problem or a material defect.

It is also worth noting that asphalt shingles are installed in two ways. The first method involves the use of roofing nails that hold each shingle securely to the roof’s decking or sheathing. They come in various sizes and materials, but the most commonly used nails are those with short shanks with sharp points and wide, flat heads. This ensures that every shingle is fastened without ripping it or causing damage to the wood. The second method utilizes an adhesive strip located at the bottom of the asphalt shingle. It helps adhere to the shingle below it, creating a tight seal that protects your home from the damaging effects of water intrusion.

Shingle blow-offs aren’t limited to old, dilapidated roofs; even newly-installed ones can also experience this issue. There are several causes for this, and most of them require a thorough analysis by a reliable roofing contractor.

Each asphalt shingle has a narrow strip that serves as a guide for proper nail placement. To ensure optimal protection, the nails on the overlapping shingle must catch the top edge of another shingle beneath. This won’t be the case if the nails are placed too high and not across the nail strip, reducing the number of nails going into each shingle by half. The result: some shingles become more vulnerable to being blown-off during high winds.

Correctly-installed asphalt shingles have one end hanging over the edge of the roof between one to one-and-a-half inches. If drip edge flashing is installed, their ends that hang over the roof edge must be between half an inch to three-fourths of an inch. Too much overhang and the shingles are likely to be torn off by strong winds.

Loose shingles could also indicate an underlying problem in the roof’s decking. Made of plywood sheathing, OSB board, or similar durable material, the decking or sheathing provides a base for the underlayment and the actual asphalt shingles that cover the roof. This integral part of the roofing system can become compromised by moisture due to water runoff penetrating through the shingles, leading to rotting and warping of the material. If not addressed promptly, the shingle nails may pop, dislodging the shingles and increasing their chances of getting blown off the roof.

Shingle blow-offs are also caused by the failure of the seal strips long after the roof is installed. Experienced roofers avoid this by taking the humidity, intensity of the sun’s heat, and the quality of the shingles into account. A four-to-six-week period is enough to ensure the seal strips adhere to the underlayment and keep the shingles secured.

Depending on the material quality, exposure to the element, and level of maintenance, three-tab shingles are expected to last between 10 and 15 years on average. Architectural shingles, meanwhile, have an average lifespan of up to 25 years. As they approach the end of their lifespan, however, the adhesive beneath no longer holds them in place. The shingles’ effectiveness diminishes quickly, increasing their chances of getting blown off by the wind.

Repairing Vs. Replacing a Roof With Blow-Off Issues

Loose or missing shingles are a serious problem that must be addressed as soon as possible. There are two ways to deal with this: repair or replace the roof. Here’s what you need to know about each option.

A roof repair makes sense if the loose or missing shingles are located within a small section of the roof surface. The damaged shingles can be removed and replaced with new ones right away. It is also a cheaper option because you won’t have to replace the entire roof, which comes at an extra cost in the form of a full tear-off. One downside of this, however, is the fact that it is difficult to match the color of the new shingles with the old ones. This compromises your home’s aesthetics and diminishes curb appeal.

If more than one section of the roof begins to show signs of failure, it is also likely that the rest won’t hold on for much longer. Performing repairs will only delay the inevitable, which is why a complete roof replacement is the better option in this regard. Despite being a significant investment, the initial cost of a new roof will pay itself off in the long run. It also allows you to choose from a wide variety of colors, materials and roofing options to improve your home’s aesthetics.

To determine the best course of action for your roof, get in touch with the experts at Southern Roofing Company for a free, no-obligation analysis. We specialize in a range of residential roofing materials, including asphalt shingle, tile, cedar shake, slate and metal roofing. Call (470) 619-4360 or fill out our contact form.

Contact Southern Roofing Company
Serving North Georgia and the surrounding region, we specialize in high-quality work and customer satisfaction. Contact us to schedule a free estimate and take advantage of our customer referral program. We guarantee to nail it, every time!
(470) 299-7663
Free Estimate
People are saying that we Nailed It!

People are saying that we Nailed It!
I was absolutely blown away by this company and all of the workers employed. They were very personable and talked to both my grandmother and myself th...
Allison Porter
If you need a new roof I highly recommend Southern Roofing Company. I can not say enough wonderful things about Blake Mcalary and Tanner Wasson of Sou...
Rita Esposito Gryskiewicz Mesger
Wants to make sure everything is done correctly from the beginning to the completion. Would diffently use them again, hope I don't have to but we wou...
Darla Langston
Just wanted to say thank you to Southern Roofing Company for the great experience...Tanner was very professional and straightforward about the whole p...
Desarae Espino
We recently had Blake come out to our house to assess whether or not we had any issues before putting our house on the market. He was on time and gave...
Lori Adelstone Bradford
Other Reviews
Facebook
Read what our customers are saying about their experience with Southern Roofing Company on Facebook.
Google
Read what our customers are saying about their experience with Southern Roofing Company on Google.
view all reviews
1
delivery and removal
1
Delivery of Materials & Removal of Old Roof
Prior to installation, we will deliver the roofing materials to your home. On the appointed day, our crew will remove all old shingles, adhesives and other materials safely and keep the debris contained to the job site.
next process
2
Roofing Installation
2
Roofing Installation
This usually happens on the first day, but may happen on the second day with a large project. The base of the new roof is strong, weather-resistant decking material which provides an extra layer of protection against leaks.
next process
3
Installing Shingles
3
Installing Shingles
Next, our crew installs your shingles of choice using factory nailing techniques to increase wind resistance and ensure the aesthetic value of your roof. We aren’t done until all shingles are aligned and your roof is watertight.
next process
4
Final Cleanup
4
Final Cleanup
We strive to leave your property better than we found it! We do our best to remove every nail and scrap of material from the work site for your peace of mind.
next process
next process
Trusted Partners 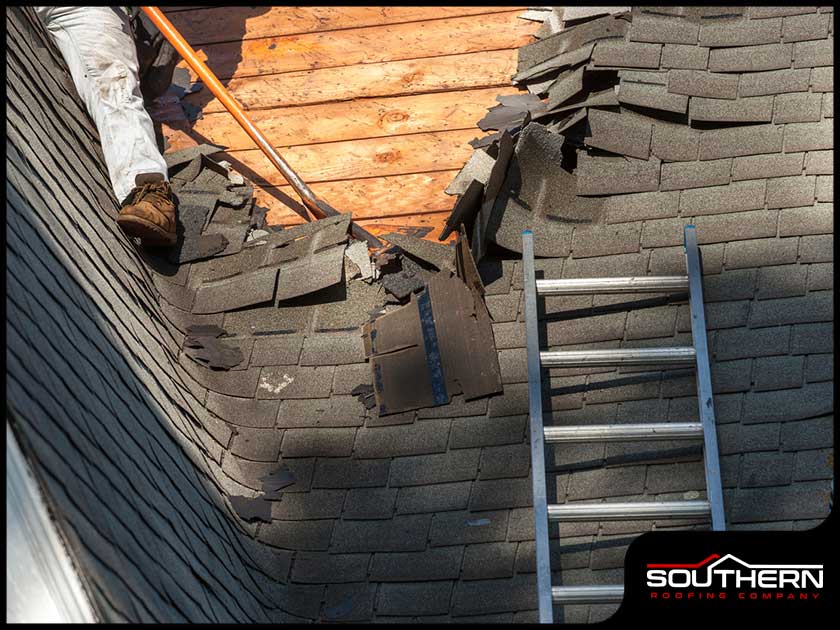 The Top Causes Behind Asphalt Shingle Blow-Offs
Blake Mcalavy
March 29, 2021
If you notice some of your shingles are either lifted or missing, it means that your roof is having blow-off issues. Inclement weather... [...]
read more 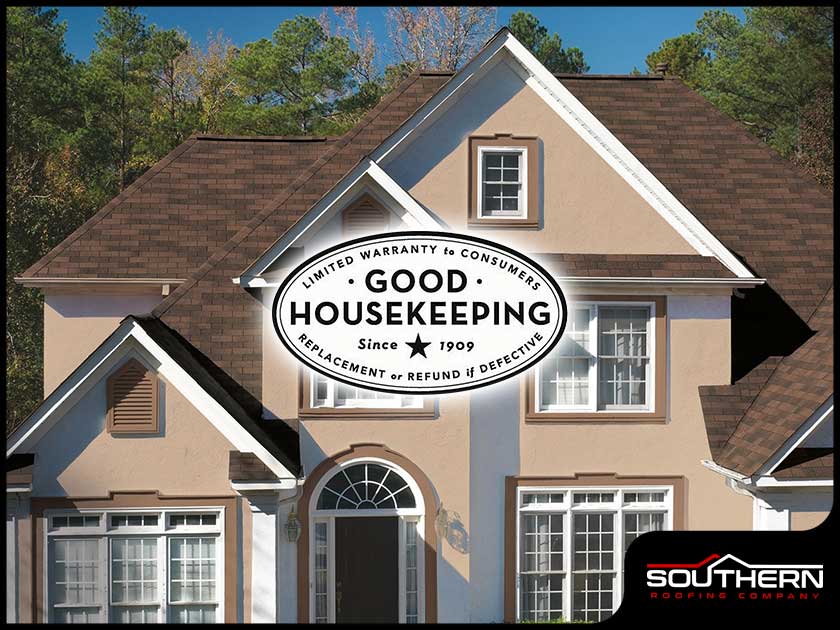 Why GAF Roofing Earned the Good Housekeeping Seal
Blake Mcalavy
March 25, 2021
As the go-to residential and commercial roofer in the area, Southern Roofing Company is certified with GAF to bring you unparalleled service and craftsmanship for... [...]
read more 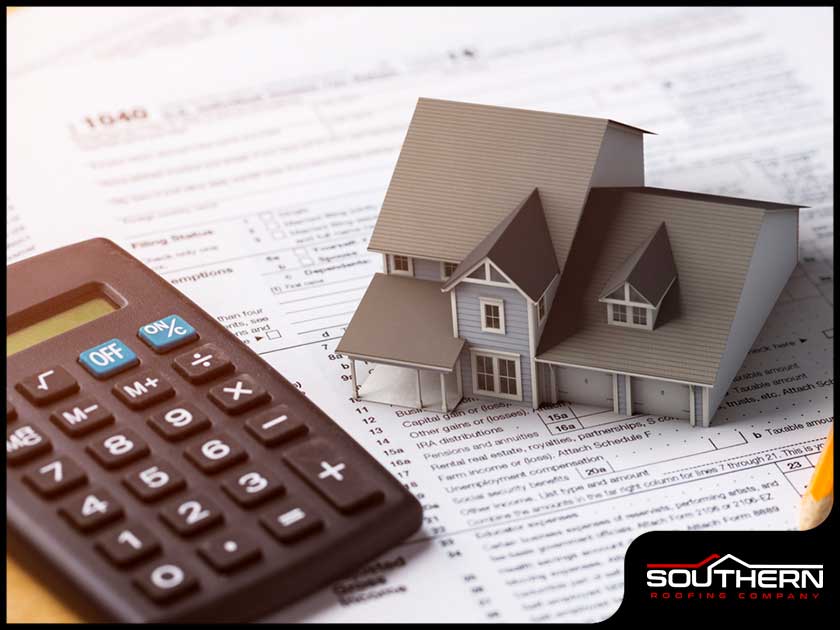 What to Consider When Choosing a Roofing Financing Option
Blake Mcalavy
February 24, 2021
As you’re planning out your roof repair or replacement project, you’re probably wondering how you should finance it. It’s easy if you already have the... [...]
read more 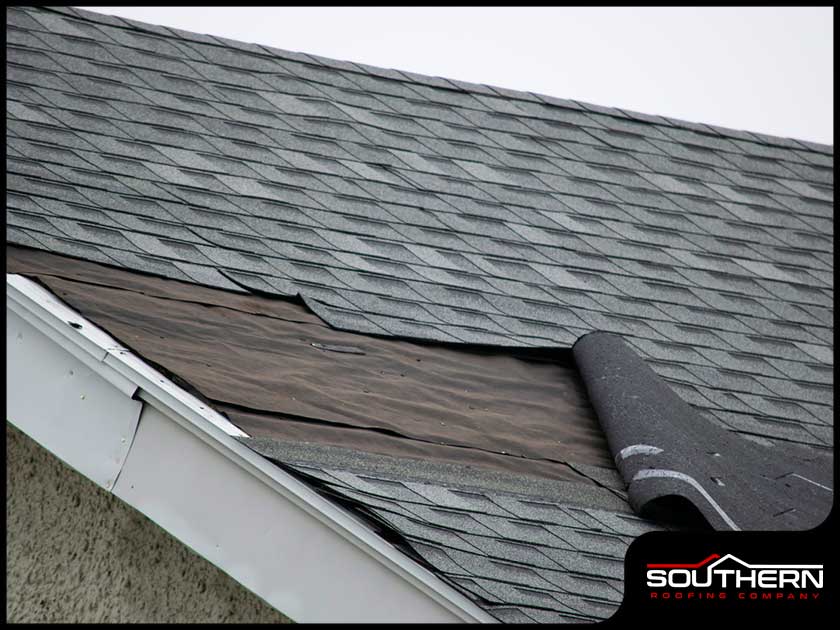 Understanding How Wind Speed and Wind Load Works
Blake Mcalavy
February 9, 2021
Whether you’re building a new roof or planning out a replacement, any residential and commercial roofer will know that all homes and buildings are at... [...]
read more 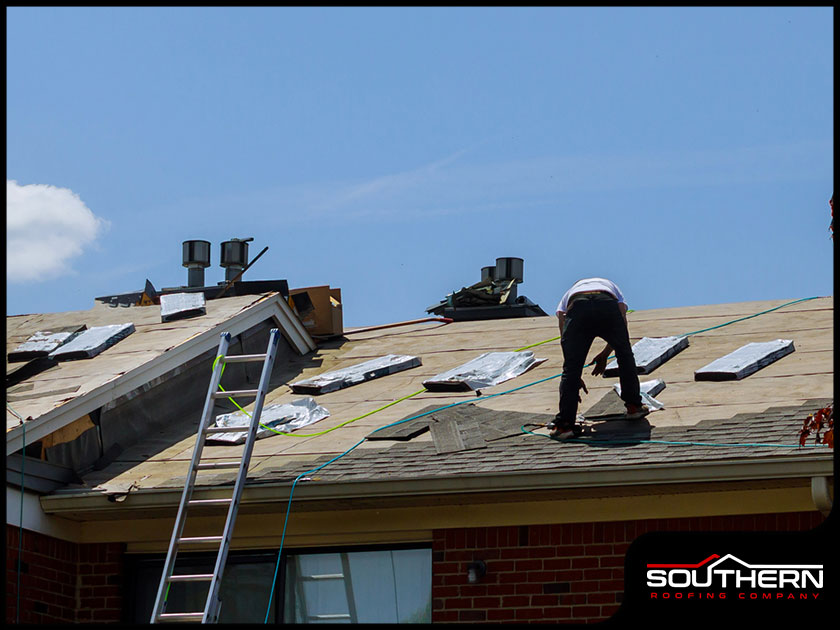 This is What You’ll Get When You Do DIY Roof Repair
Blake Mcalavy
February 2, 2021
As a homeowner, planning out home improvement projects can be exciting. If you’re planning out a roof repair or replacement, you can choose... [...]
read more
View All Latest News